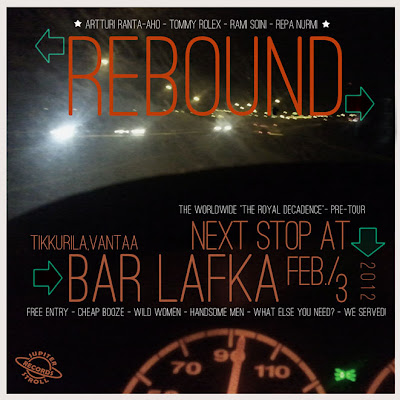 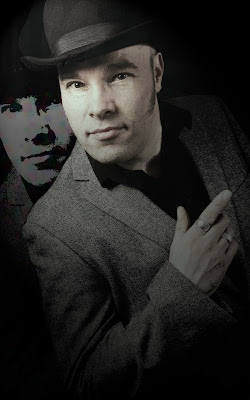 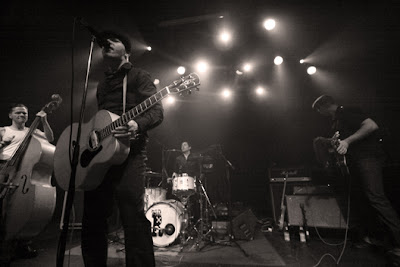 Nearly three years after the release of Rebound's debut "Highways, Backsides & Sideways"
the band is releasing their second album. Hitting the shelves
in March 2012, "The Royal Decadence" epitomizes all Rebound is at it's
best.

Finding a category for Rebound is not easy. On their debut album they
mixed modern rockabilly songs with americana and even tango.
On their second release, produced by Pete "T-Bird" Salmi, the palette of
musical influences is even more colorful. Combining both vintage and
21st century sound elements it is a true rock'n'roll album you can
ignite your Saturday night parties with.

10 out of 12 songs on the album are written by the band. Two covers
are Dorsey Burnette's (Million hit by Ricky Nelson) classic rockabilly number "It's Late"
and Jack White/White Stripes song "Hotel Yorba".

As a sneak preview to the new album Rebound releases a digital single
"Life is like highway" in the end of January. It will
shortly be followed by a video directed by Steve Gatlin.

"The Royal Decadence" is released by JUPITER STROLL RECORDS and
distributed by Playground music BAM.