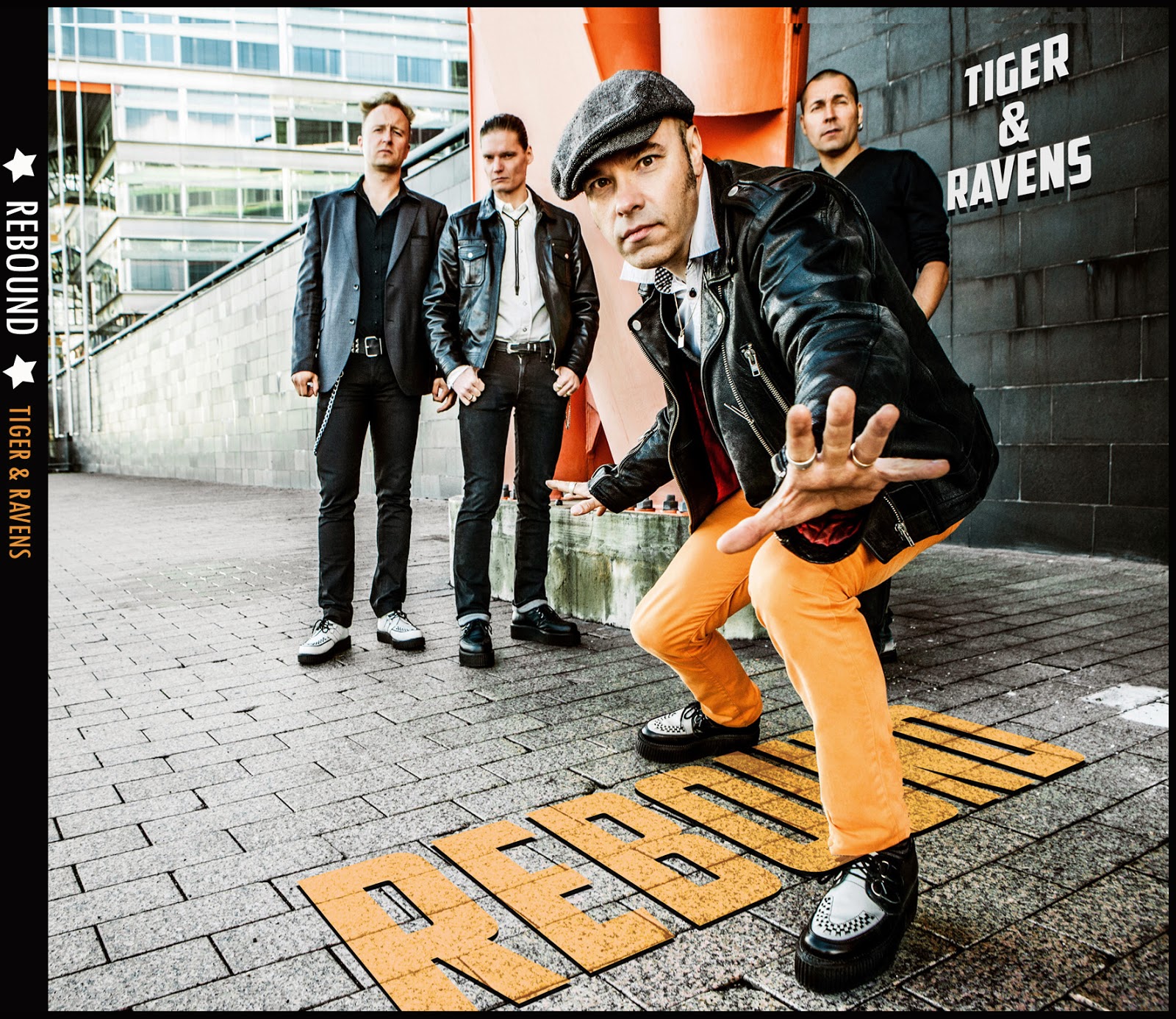 Rebound, which is known as a Rockabilly band, is now also Rock, Blues and unshamingly Pop ­ but still Rockabilly as well! On its third record Tiger & Ravens, Rebound is groovier than ever, respecting also the melodic part. Rebound comes and lights up the room!

The album is produced by Luri Luokkala, who is a former rival of Rebound's leader/vocalist/singer-songwriter Repa Nurmi. Luokkala and Nurmi grew up together in the same suburb, but ended up in two competing rock bands. Today, their fresh cooperation has given birth to a new, hard and energetic Suburban sound heard on Rebound's new album.

Like on the two former albums, most of the songs are composed by Repa Nurmi, but two of them have been made together with guitarist Artturi Ranta­aho. Lyrics have been written by Repa Nurmi in association with Kari Kunnas and, as a novelty, by ”the fifth Rebound” Liisa Uusitalo. The themes of the songs cover just life, and whole life: they range from a crush, love and passion to desperation and bitterness and finally back to acceptance and hope.

The only cover song on Tiger & Ravens is the old blues Tiger Man, which Elvis made known in his Las Vegas shows. Rebounds version is a musical comic strip performed in the 1970s style.

Rebound is on the raise, and Tiger & Ravens will not cut its wings!